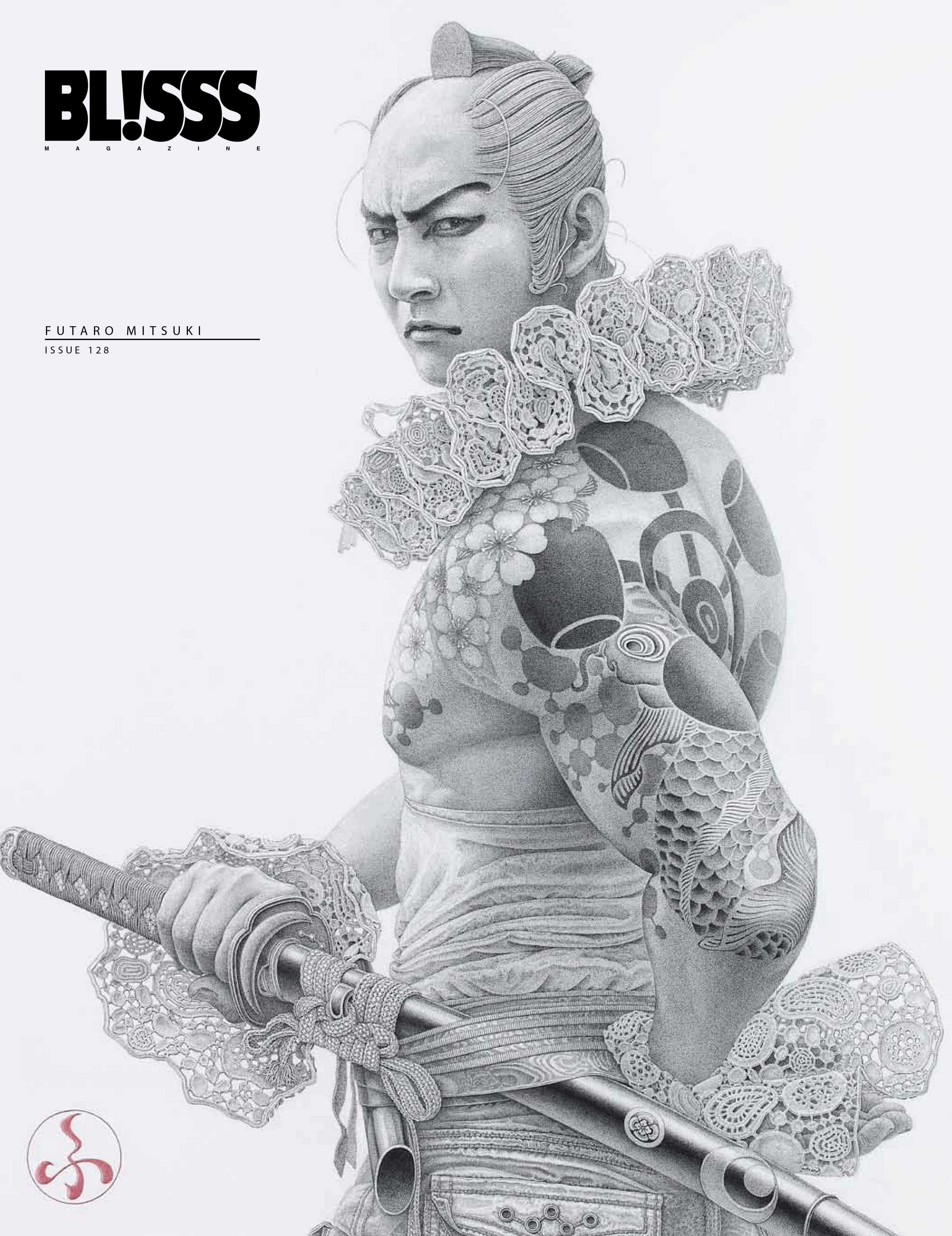 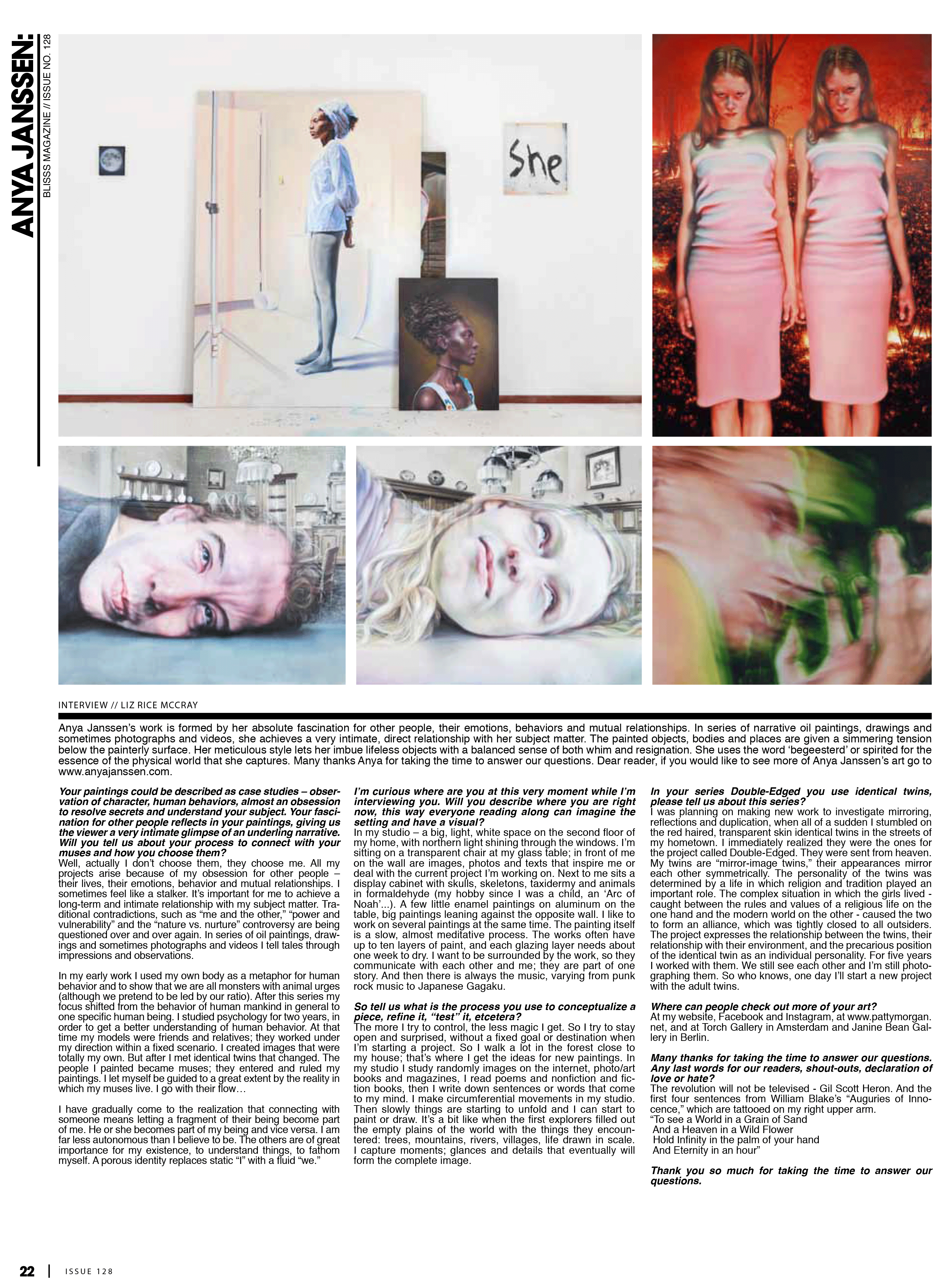 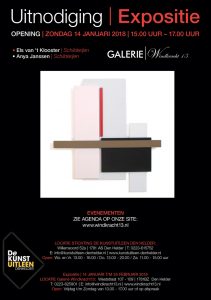 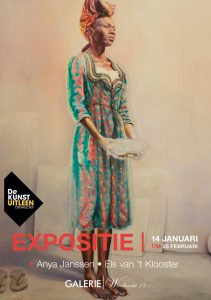 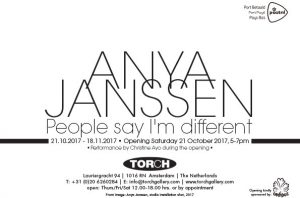 ‘People say I’m different’, a solo-exhibition of recent work by Dutch artist Anya Janssen will open at TORCH gallery on Saturday the 21st of October between 5-7 pm. Her most recent body of work describes her encounter with Christine Ayo, a young artist from Uganda.

Ayo is aware of her position as the ‘other’ in the eyes of many. She uses this game of perception to her advantage and claims her striking appearance as her own property. Janssen is fascinated by Ayo’s view of the world and the contrast with her own position as a human, artist and European citizen. She searches for a contact grounded in equivalence and gradually comes to the realization that connecting with someone means letting a fragment of their being become part of yours. You are far less autonomous than you believe to be. A porous identity replaces a static “I” with a fluid “we”.

Janssen has become well knownfor her very detailed and photo-realistic paintings offering a soft-focus view on an enchanted world. Now, she is leaving parts of the canvas in an unfinished, sketch-like state. The works celebrate the statuesque, nearly haughtily calibrated composure of this woman while they simultaneously touch upon a deep desire for empathy, for a transposition into the Other. Where Janssen previously had full control over her subject and image, she is now operating much more tentatively. She even felt the need to work in a new medium and will present a series of ceramic sculptures.

‘People say I’m different’ can be experienced as the creation of a new self-image through the mirror of an approachable but ultimately distant Other.